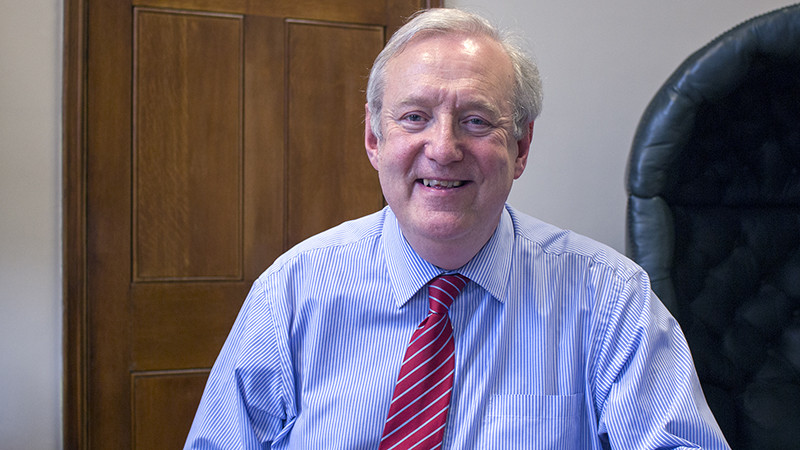 In his text, Dr Paul Ayris shares some views on few essential themes on Open Access. Questions motivating his thoughts were borrowed from BOAI’s query that was made in September 2021 as BOAI steering committee was working to update their recommendations for BOAI’s 20th anniversary (see BOAI20). Dr Ayris is a chair of LIBER Citizen Science Working Group. Photo: Paul Ayris Archives.

1. What were your long-term hopes or goals for OA, beyond growing the quantity of OA research? In assessing the success or failure of the OA movement, now or in the future, what kinds of accomplishments would you consider?

As a University Librarian, one of the goals we all wished to accomplish through our support of Open Access was to break the spiral of the ever-increasing costs of journals. The ’serials crisis’ was a real driver for change at the start of the Open Access movement. The Budapest Open Access Initiative says:

…experiments show that the overall costs of providing open access to this literature are far lower than the costs of traditional forms of dissemination. With such an opportunity to save money and expand the scope of dissemination at the same time, there is today a strong incentive for professional associations, universities, libraries, foundations, and others to embrace open access as a means of advancing their missions.

Today, how many of us can say that this financial ambition has really been achieved in Europe? As Open Access has developed, it is clear that costs have not fallen. This is certainly the case for a research-intensive university like UCL (University College London). Costs for acquisition continue to rise. The scale of the increases has fallen and, arguably, universities get better value for money as a result. However, European plans like Plan S seem to have baked traditional journal publishers and pricing regimes into the European Open Access landscape.

One of the results of this has been to sharpen universities’ responses to Open Access deals which they deem to be financially unacceptable. The example of the University of California has emboldened others to take a strong line in negotiations. I would see this as a sign of success, in that libraries are able to assert their positions at a national and international level.

As the OA movement has expanded, further weight has been put on the objective to secure as much Open Access content as possible. This can only be a good thing and is a sign of continued success. The UK’s recent big deal negotiations have resulted in an outcome where 80% of UCL’s published research output will in future be available in OA. That’s a tremendous sign of success and is uniformly popular with all our academic Faculties and Schools. However, that was not the start of our journey, where we hoped for cost savings which could be re-invested elsewhere in the Library system. Open Access is a huge success, but the criteria by which we judge that success have changed and developed since the movement first began.

2. What are the most important actions institutions could take to advance OA?

This is a difficult question to answer, because there are *so many* actions that universities could take. Over the last 10 years, it has been my privilege to chair the LERU INFO Group from the League of European Research Universities. Here we tackle the many challenges which face libraries and universities when starting on their Open Access journey. I offer below 5 lessons which I would recommend to any institution wishing to develop a presence in the Open Access/Open Science landscape.

Implementing Open Access and Open Science at institutional level is a process, not a single event. The result, however, is a healthier and more modern research and educational culture which values all contributions which individuals make.